The Oculus Quest is almost unanimously the best VR headset on the market right now, with its simple all-in-one design that doesn't require you to set up cameras around your living room, or be wired into your PC. All you really need is your smartphone, and a few accessories.

If you're out of the loop, here's a quick overview from LinusTechTips of exactly why the Oculus Quest should be your next VR headset, whether you're new to VR or an experienced user.

The Oculus Quest is the perfect gift for yourself or someone else, and sure to be at the top of many wishlists this holiday season. Here are my suggestions for accessories and upgrades that will make your experience even more enjoyable:

While it's huge selling point is that it's a standalone wireless all-in-one headset, the Oculus Quest can actually connect to your PC via cable so you can play VR games in Steam. Oculus' official cable is not yet available (sign up to get notified here).

In lieu of the official cable, I went digging for reviews of cables that would allow me to connect to my PC with plenty of cable length. I've been using this cable combination with no problems: 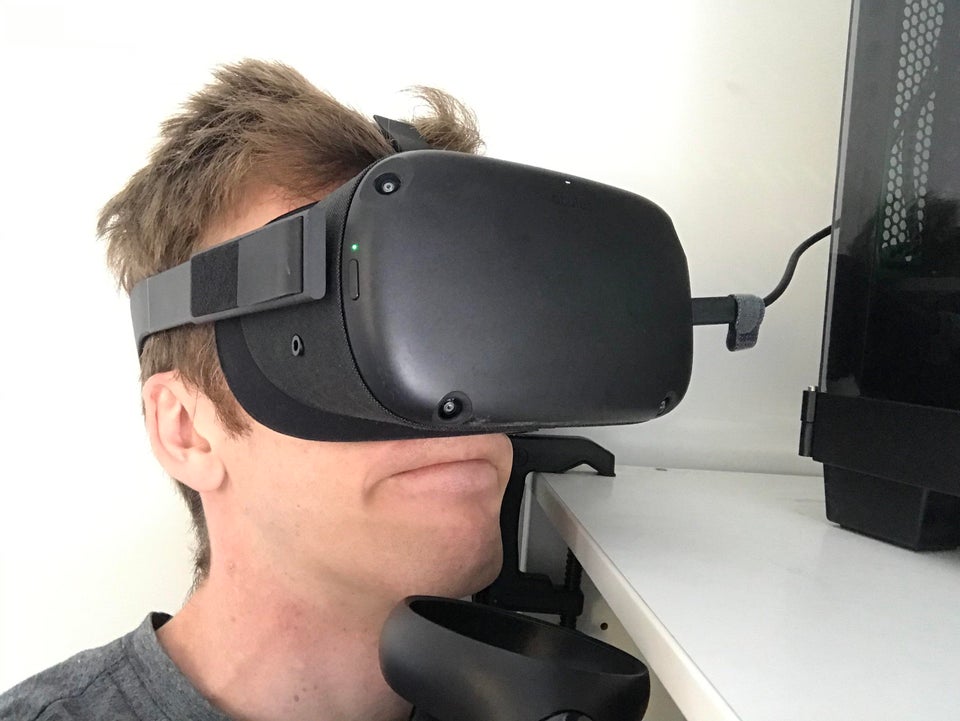 While the headset charges via USB-C, the controllers require AA batteries, and they can really eat up batteries if you play a lot. I can't stress how quickly the controllers can rip through battery life.

The good news? Oculus is actively developing hand tracking technology for the Oculus Quest, which will (experimentally) launch in early 2020, so burning through controller batteries might soon be a thing of the past. 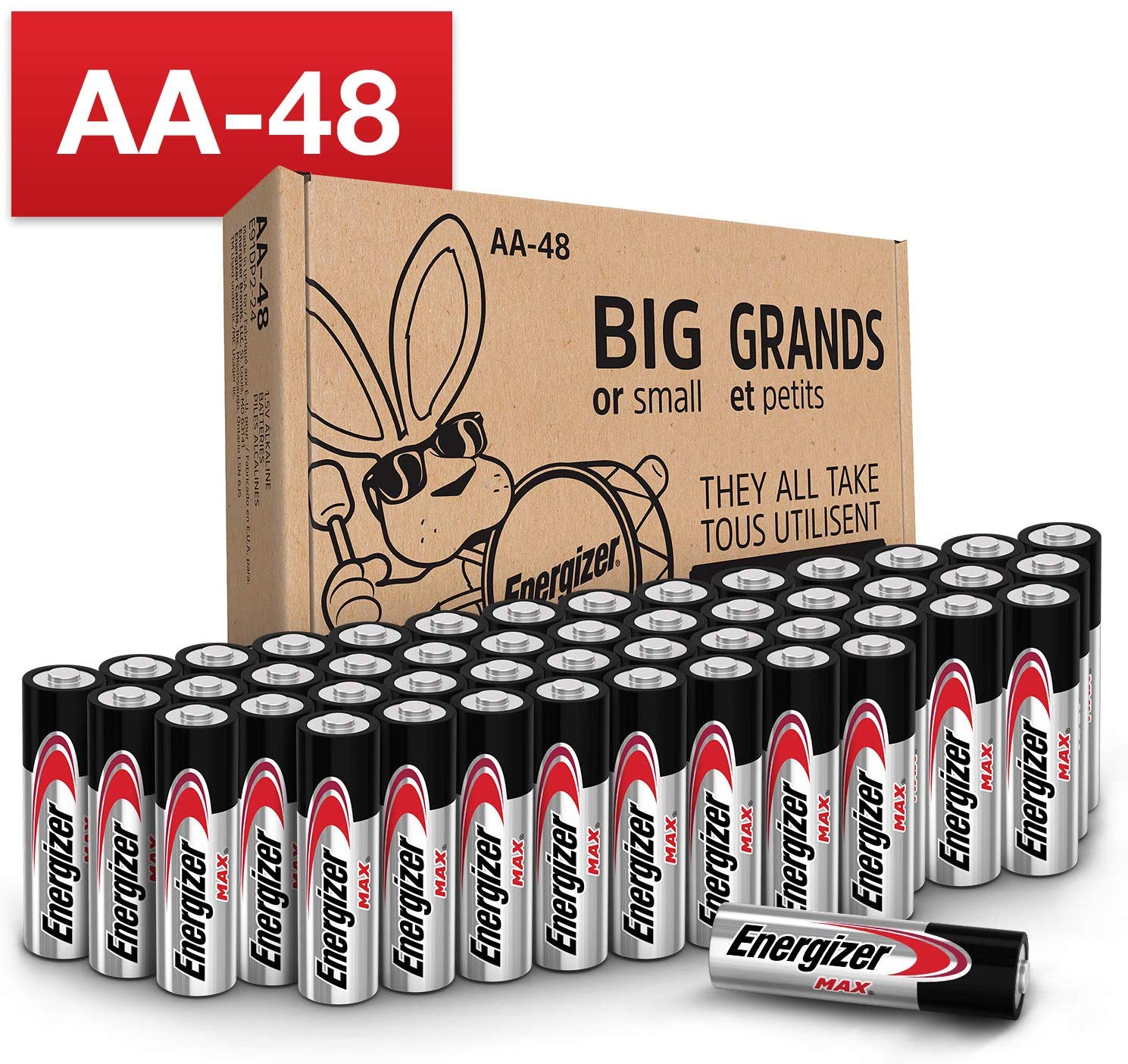 In the meantime, save yourself a lot of headache and and just pick up a 48-pack on Amazon for $20. You always need AA batteries anyway.

Alternatively (and for about the same price), use a AA battery charger and rechargable batteries to have a constant rotation of batteries with less waste.

Nothing pulls you out of the immersion of VR like your controllers sliding around in your hands. Games like Star Wars Vader Immortal have you literally throwing your lightsaber at enemies, which feels awesome until you accidentally actually throw your controller at grandma.

In my case, the battery covers on the controller tend to slip open when I'm partying a little too hard in Beat Saber.

Enter the AMVR Touch Controller Grip Cover and other accessories like it. It gives you a non-slip grip to hold on to and conveniently prevents the battery cover from slipping off during gameplay. 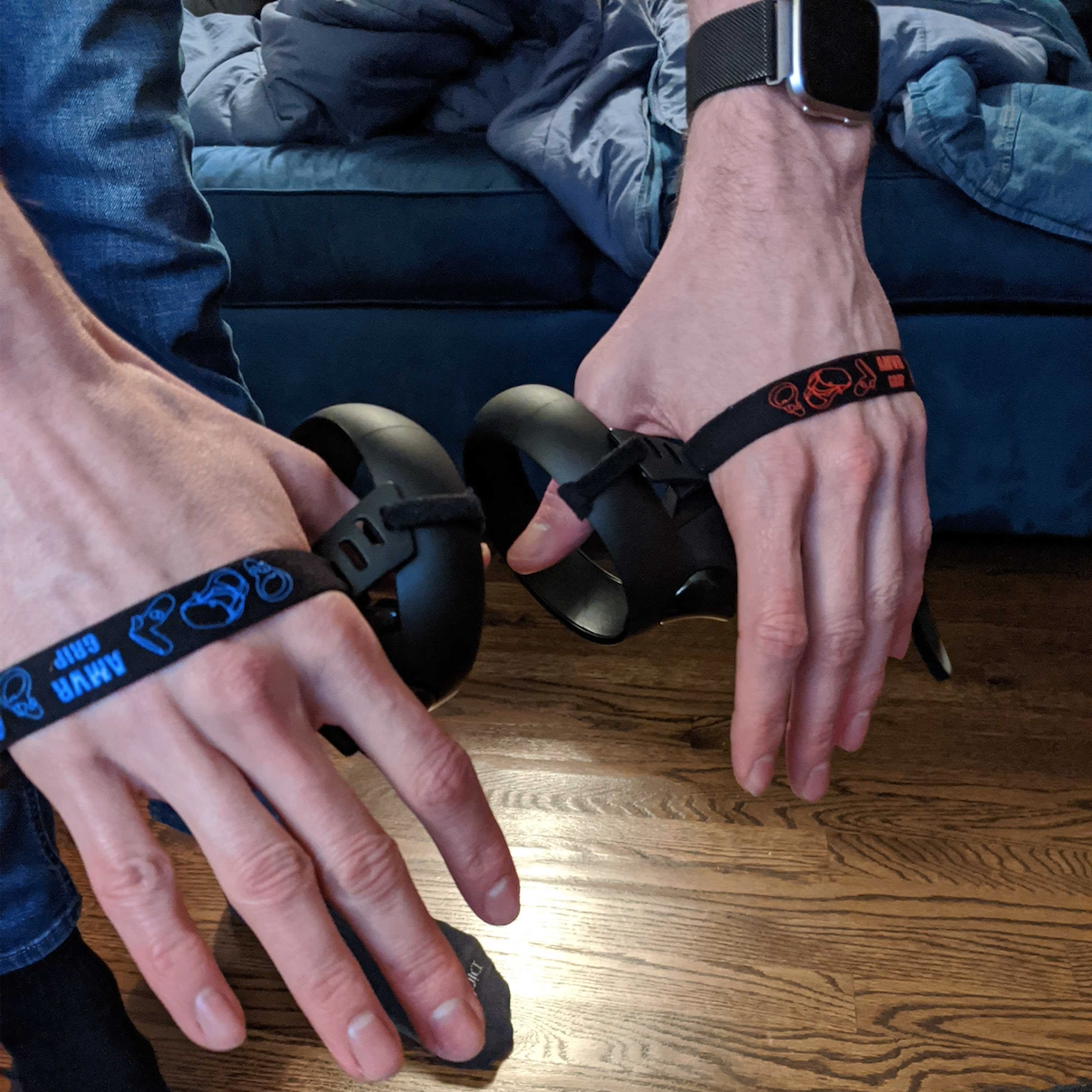 The adjustable straps comfortably wrap around your hands near the knuckles, which really secures the controllers, so you can rest assured that the controllers are not going to go flying across your living room, and this security will help you stay immersed in your game.

While the Quest can stream to your smartphone, you'll want a simple way to stream your gameplay to a TV so friends and family can watch what's happening. 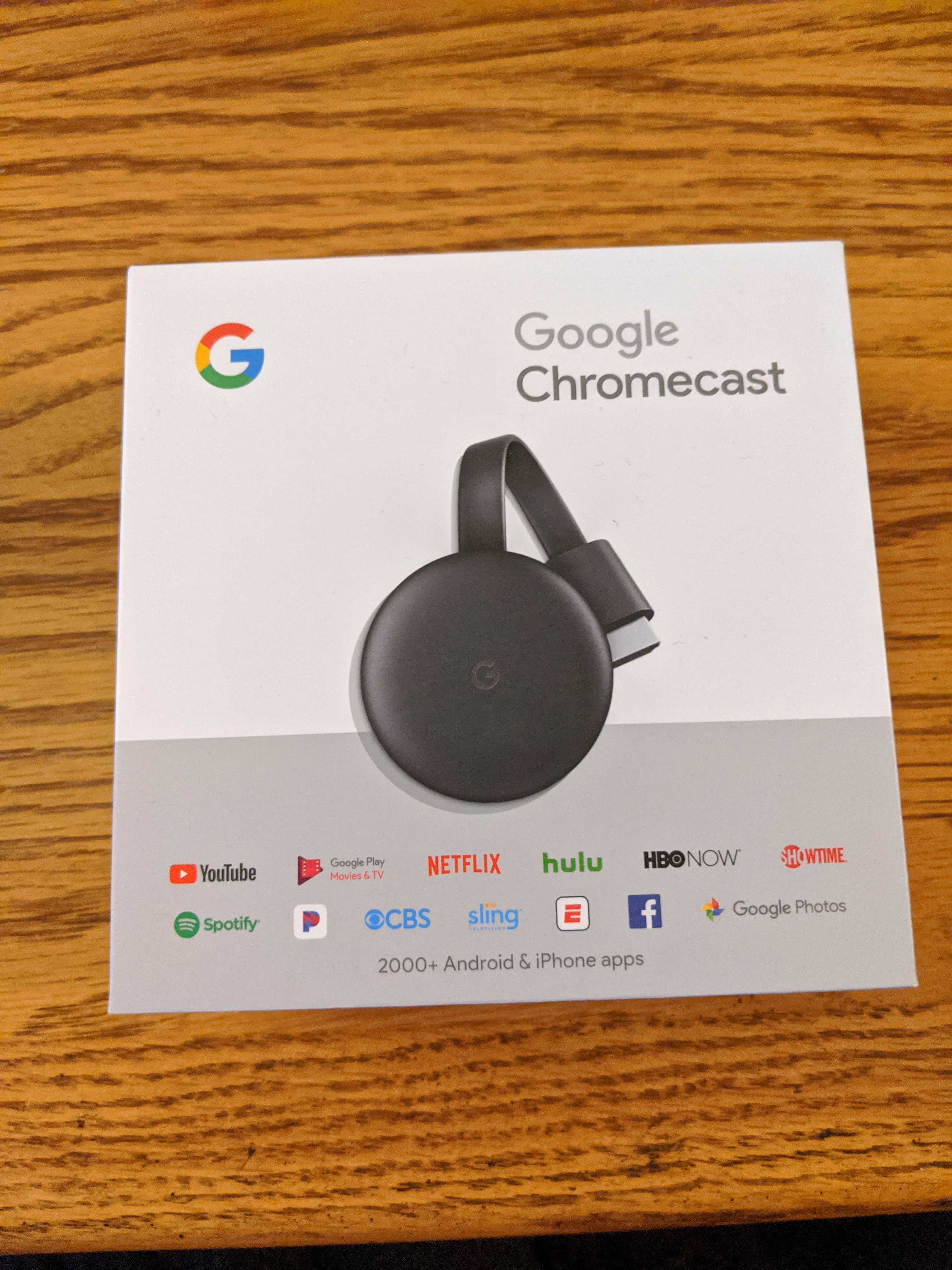 Simply plug a Chromecast into your TV and connect to the same wifi that the Quest is using. It's so small, you can easily bring it with you from room to room (I switch from my office to my living room) or on the go, so you can have a VR party at anyone's house.

Bear in mind, unlike tethered VR headsets, there will be a slight audio/visual delay to the TV when using a Chromecast. This leaves you with a few audio options:

The Quest's built-in speakers are actually pretty impressive, giving you reasonable immersion even without a headset or earbuds.

But if you don't want to disturb others, want to solve the Chromecast spectator audio delay discussed above, or just want to have a more immersive sound experience, you'll want to use a headset.

So you'll need to rely on a good pair of wired headphones or earbuds. While any standard wired earbuds will do the trick, the official ones from Oculus, as well as any cheaper versions, are just the right length to easily plug in to each side of the headset.

If you're looking for an actual headset, the Arctis 1, or any headset with a standard audio jack should work just fine. It might be smart to wrap any extra cable length around the headset, so you don't accidentally catch it with your hands while you're playing.

One of the biggest perks of the Oculus Quest is that it is all-in-one, so you can easily bring it anywhere. The official travel case is impressively space efficient, snuggly fitting the headset and controllers, with room for a few extra cables and batteries. 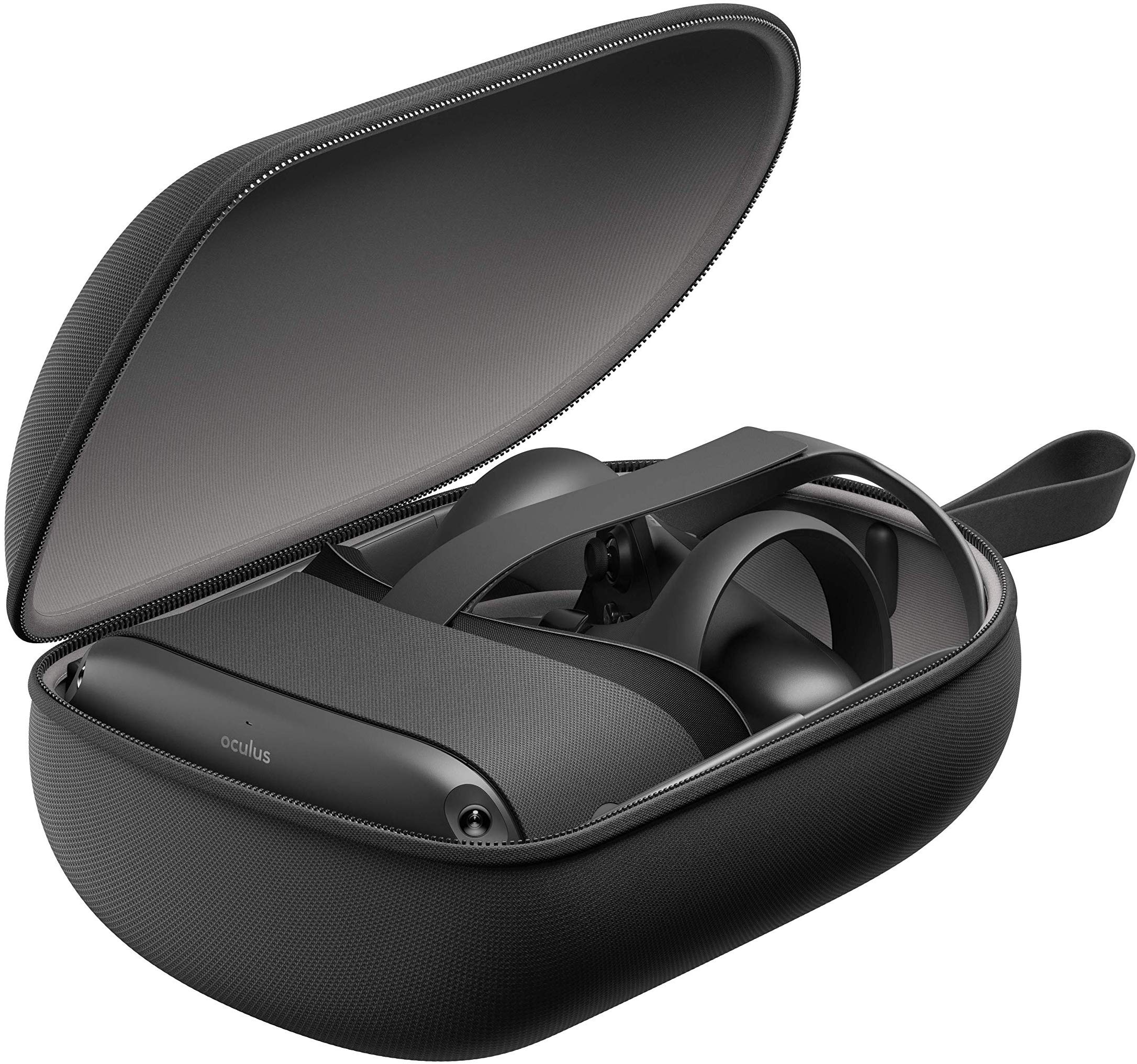 Any case is better than no case, so browse around for one that meets your preferences.

Since it's important to keep the lenses unscratched and smudge-free, it's a good idea to use a case even at home, especially if you have animals like cats, dogs, or children. (See Oculus' official cleaning tips here.)

Beat Saber is the quintessential VR game, available on both the Oculus Store and Steam. It's the DDR/Guitar Hero/Rock Band of VR, and guaranteed to be a fun time solo or with friends. There's a reason it's even popping up in arcades around the world. It's approachable even for non-gamers, and fun as heck to play.

(Also, for those wary about motion sickness, there's virtually no complaints about this game.)

For a great review, here's what UpIsNotJump has to say:

While it's not really an "accessory", having as much room as possible is really important in most VR games. With the Quest being fully wireless, it's even easier to forget that you need to be careful when moving around. Just the other day, I accidentally punched a bookshelf while lightsaber fighting.

When others are playing, make sure to stay out of their arm's length, or give them a heads up before sneaking by.

The goal of VR is to feel like you're hitting things, without mistakenly punching anyone in the process 😄

While this list not exhaustive, I hope it was helpful! Feel free to let me know if you have any other accessory suggestions that are working for you - I'm open to trying out more gear to add to this list.

Good luck and have fun in VR!