You already know about Final Fantasy, Fire Emblem, Octopath Traveler, and even Xenoblade Chronicles (which is super underrated as well), and want to go deeper. You can’t get enough of pretty boys with swoopy blue hair. What’s next, you ask? Sit tight, dear reader, I have the answers!

The Nintendo Switch is quickly becoming the best handheld RPG machine out there, allowing you to do some quick grinding on your commute, car ride, or longer-than-needed-because-I-just-want-to-beat-this-boss bathroom visits. If JRPGs are what you crave, here are a few titles that you won't want to miss:

Seiken Densetsu 3 (aka, Trials of Mana, aka, Secret of Mana 2) 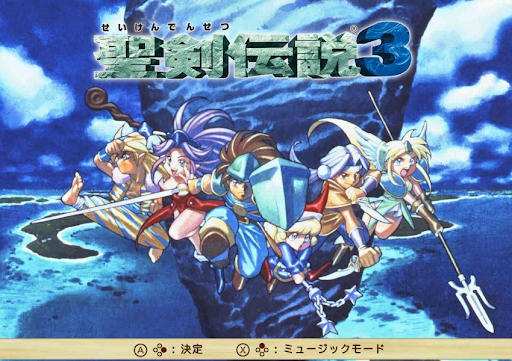 If you’ve never heard of SD3 that’s because it never saw the light of day in the West, and this is the first time it has ever been properly playable in English. If you were a real cool kid in the 90’s, you remember old issues of Nintendo Power advertising and showing screenshots of Secret of Mana 2 ‘coming soon’ to only wallow in disappointment.

SD3 is an improvement on Secret of Mana (SD2) in almost every way - you pick a party of 3 from 6 unique playable characters, each with unique stories, abilities, and antagonists that craft a plot that is very replayable. 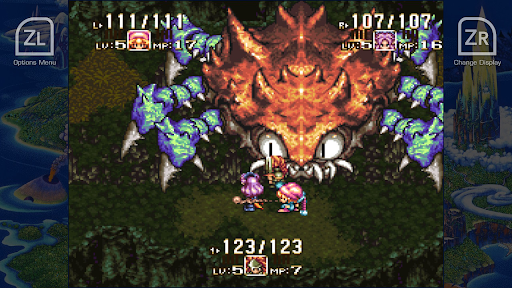 Combat is quick and fun, allowing multiple classes to build into as your characters advance, enticing even further customization. And don’t forget the gorgeous SNES era art, at the height of Squaresoft’s reign on the RPG genre.

Pick this up if you’re a fan of action combat, beautiful pixel art, and lots of RPG customization. SD3 is also being remade in full 3D for release in 2020 with the new Western title Trials of Mana, so keep a look out for this beautiful remake. 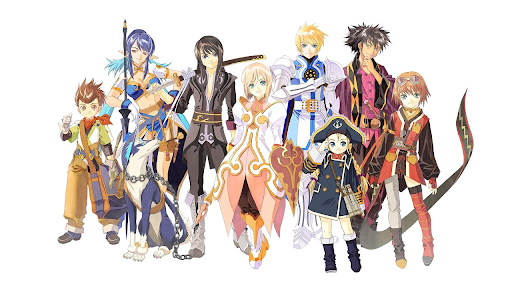 Tales of Vesperia is a compiled re-release of an Xbox 360 exclusive featuring content never released outside of Japan. This is arguably the best Tales game, a series that never quite caught on in the West as much as Japan.

Don’t be fooled by the pastel color palette and light, happy aesthetic - Vesperia is a complex game at its core, a character-driven story about political power struggles, personal identity, morality, religion and ethics, dealing with very adult themes of whether your actions can be justified for a greater good when it causes harm to those you vow to protect.

It is also very anime. 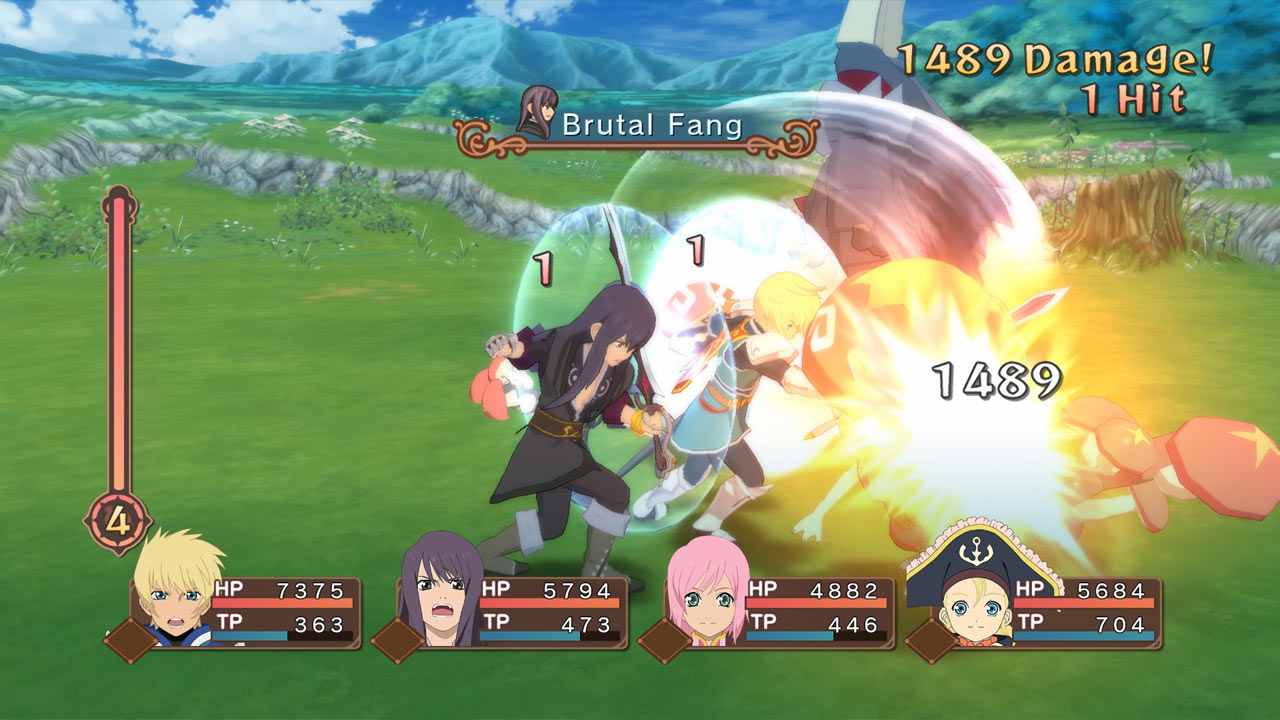 The real time action combat is also addictingly fun at its core. If this game is within your preferred visual aesthetic, you won’t be disappointed. 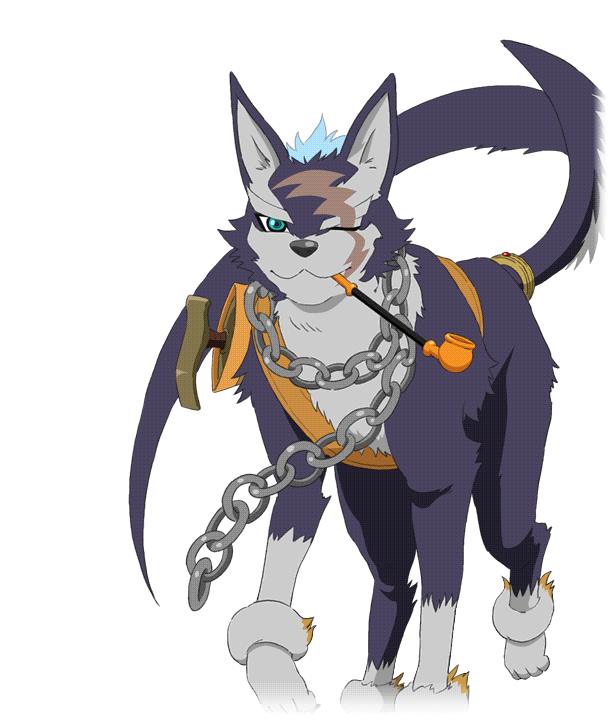 You can play as a dog who smokes a pipe for no reason! It’s great. 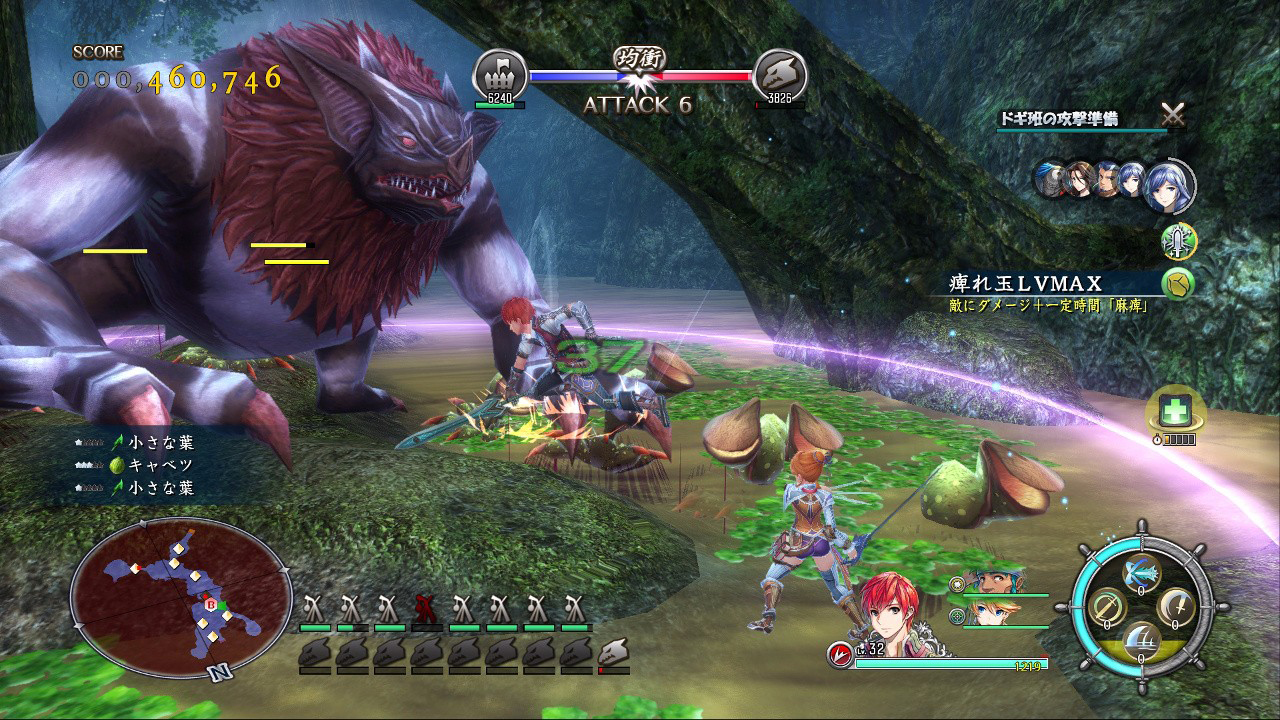 Another series that never really caught on in the West, Ys is a series that features the same protagonist across all games, and a continually evolving cast of characters. Don’t be scared: Ys VIII’s story is standalone and designed to be your first Ys title.

Originally released for the Playstation Vita (yes, there used to be Vita exclusive games), the graphical detail is rather low res, which can be disappointing.

On the other hand, Ys VIII’s story is, strangely enough, best compared to something like the TV show Lost: cast away on an island, the main characters focus on survival and escape while also uncovering strange secrets of the true nature behind the island they are stuck on. Ys combat is action-based and the RPG systems, crafting, and combat combine to form a smooth and fun experience.

Surprisingly nonlinear and exploration-driven as well, Ys VIII is a hidden gem of a game worth looking into for fans of the genre. 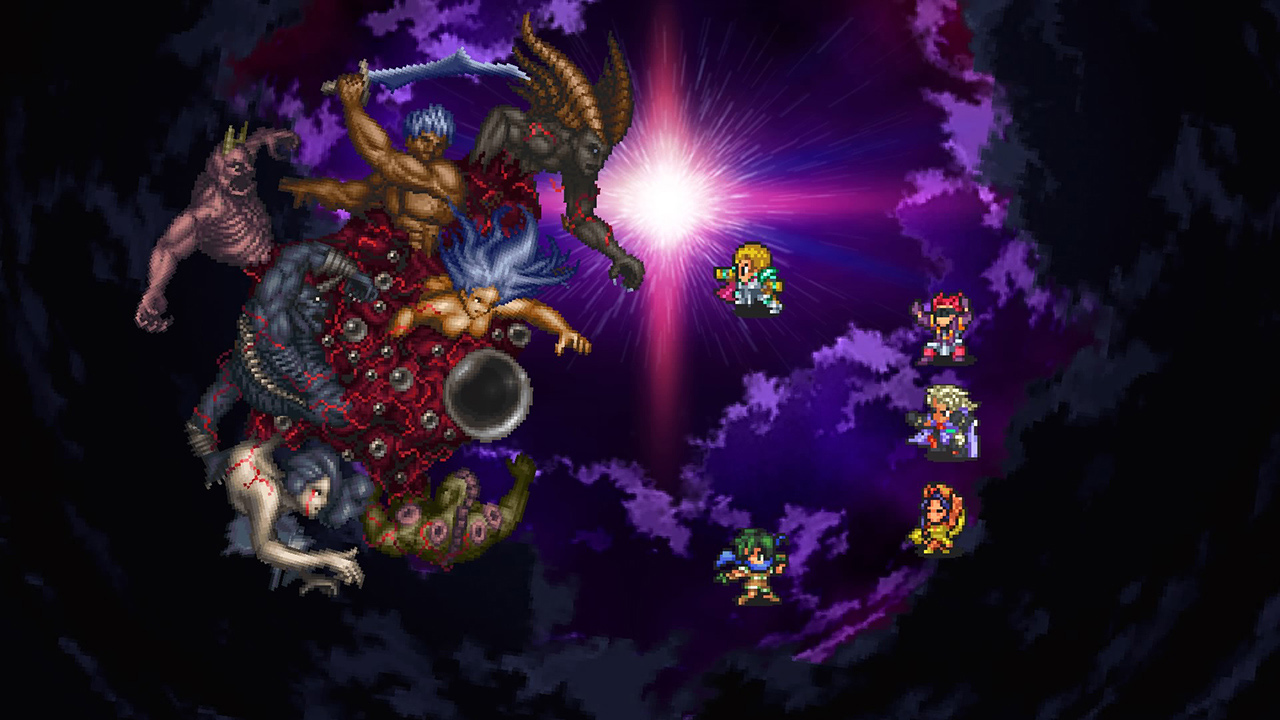 Yet another series that never caught on in the West (see a theme here?), the SaGa series is incredibly unique in the scope of JRPG games. Originally released on the SNES, remastered for mobile, ported PC, and now brought to Nintendo Switch, this frankenstein-esque port has a few graphical and UI issues, horrendous mobile game fonts and all. The tutorial is also nonexistent, the direction presented to you is obtuse, and the game is unfairly hard by design.

Don’t be deterred: underneath it all is a really unique JRPG.

The story takes place over many, many in-game years as you pick a cast of user-created characters who will eventually die and be replaced by future offspring, telling a “Saga” over the generations rather than a self-contained story. Character skills are passed down from parent to child, allowing unique builds that can be given to your new characters, combining different classes and abilities for unique combinations.

The game is also incredibly open-ended and rather directionless, requiring exploration, trial and error, and repeated failures to overcome obstacles. When it clicks, its addicting - the notion of a single JRPG party can become absurd to you when you jump back into other games, and most other JRPGs seem linear in comparison.

Definitely learn this game if you want a unique experience and are feeling tired of the genre as a whole. 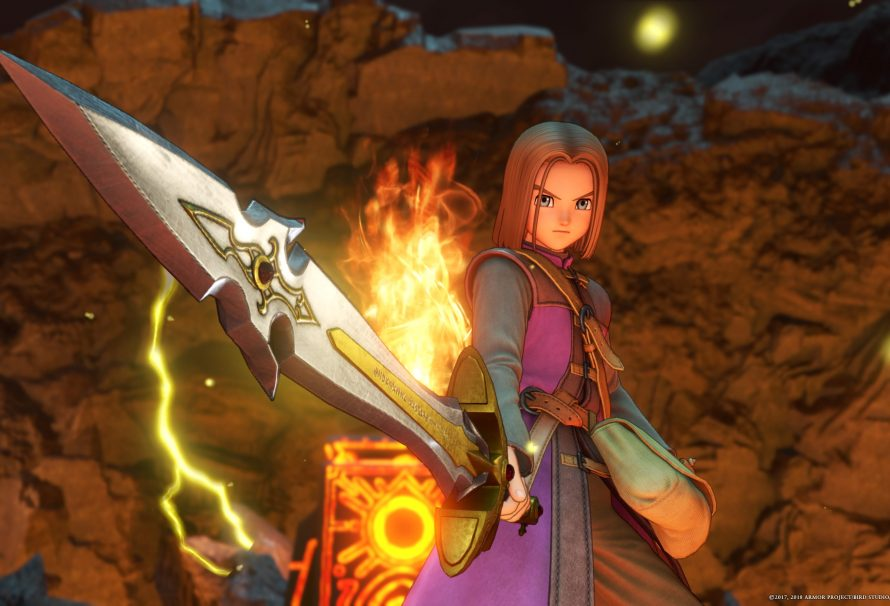 I cannot stress enough how immense the Dragon Quest franchise is in Japan and how mind boggling it ALSO hasn’t caught on in the West yet. In Japan, everyone plays Dragon Quest. Companies have designated holidays for Dragon Quest releases to allow all the employees to go home and play the new game.

Akira Toriyama’s art and character design is as iconic as Mario and Zelda. Where Final Fantasy as a JRPG pillar is a series that innovates, iterates, and expands with every new entry, driving the series into unique places over time, Dragon Quest is a series that perfectly captures the warm feeling of familiar nostalgia.

At its core, even though the world and characters are different each release, the game has somehow never changed from entry to entry. The same sound effects, music, menu icons, text, and enemy models are re-used from generation to generation. This may sound jarring or strange, but trust me when I say it gets better every iteration. 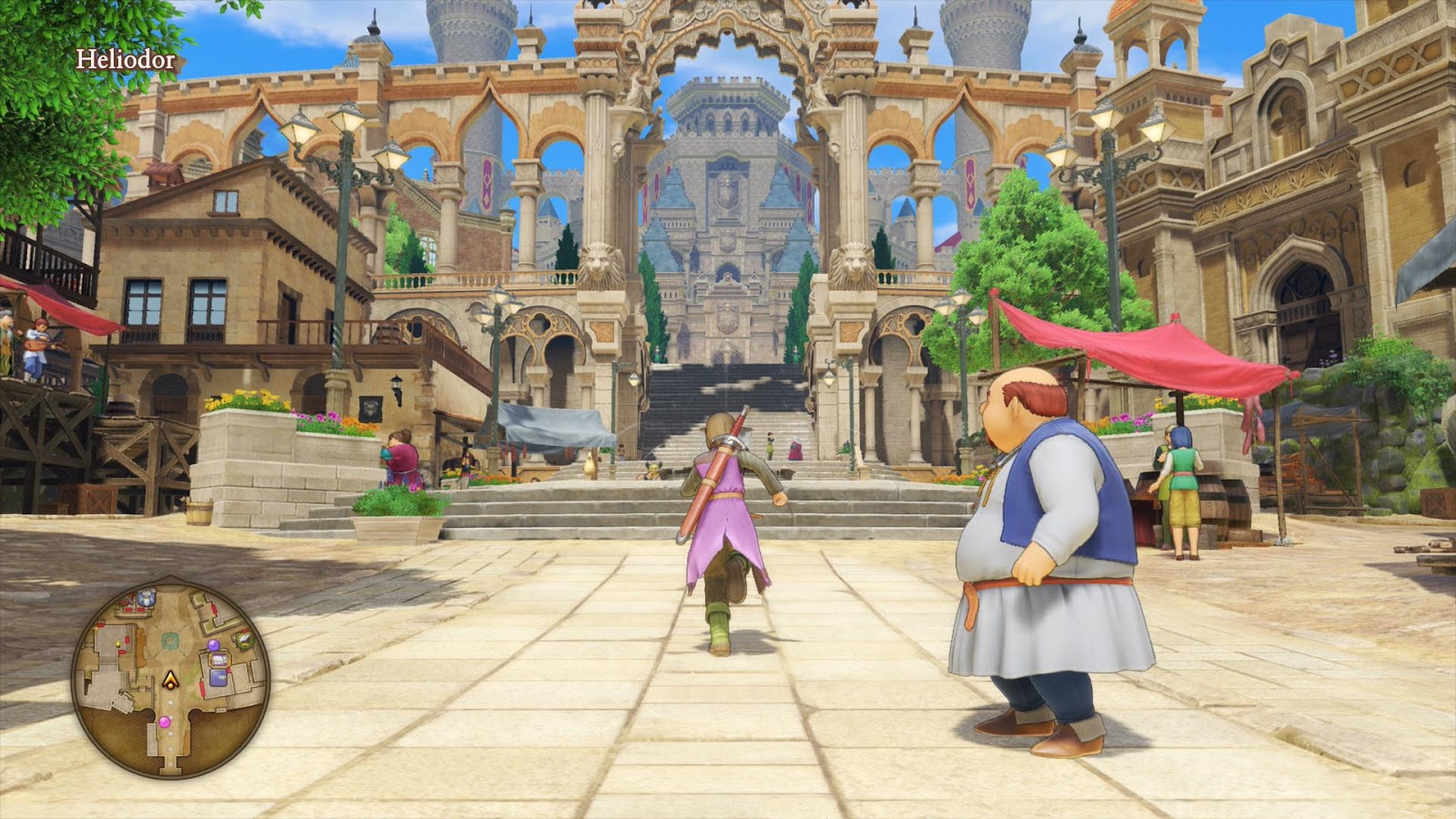 DQ XI is a game that is better described as a fairy tale - something that must be played in the final hours of the night before bedtime when your mind wanders, explores, and your eyelids grow heavy. It is a bedtime fable, one that transports you back to childhood, looking out your bedroom window and falling asleep to the wondrous sight of a starry sky.

The game is massive - well over 150 hours if you chose to do everything, and split into three distinct, separate story arcs that both stand alone and yet build upon the arc before it - culminating with an emotionally intense and cathartic ending.

The Nintendo Switch version is also the definitive release of DQ XI - the entire game can be played with a 16-bit SNES-like graphical style if so chosen, and includes a fully-orchestrated new score. If you identify as a fan of JRPGs, play Dragon Quest. But not just XI - go back and experience what you’ve missed your whole life. 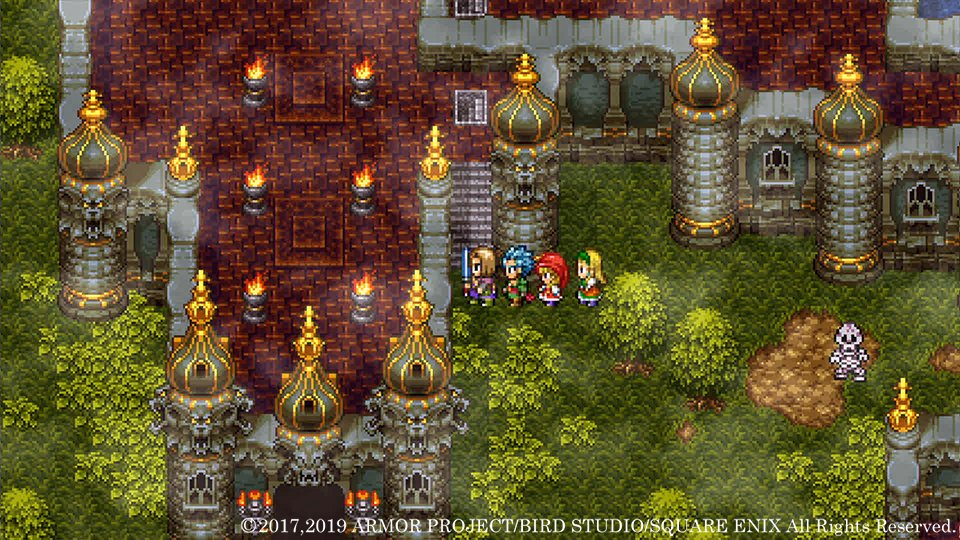 The game can be fully playable in a throwback SNES-inspired art style if you wish. They basically made two full games in one.

Do you have a favorite JRPG for Nintendo Switch that wasn't mentioned here? Share them and other gaming thoughts with us on Twitter - @SteelSeries